Free up your thoughts

This is, among other things, a travel story. It is about two trips to Mongolia that I did in January and April 2017. As the story is long, I decided to break it into three parts, for an easier reading. I will publish the following two parts on Mondays, at an interval of two weeks.

Where I am coming from

I do not always feel comfortable in modern times because today society and lifestyle tear us continuously apart from what really counts. I feel that we invest a lot of time, money, energy, striving to achieve objectives that do not make us happy. Finding joy in a world that surrounds us with noise and buries us in clutter is not a simple exercise.

In the past, these feelings materialized in a sense of frustration. With time, I learned to focus on what makes a difference for me. I am happy when my dear ones have what they need to live the life they want. I am good when I am surrounded by positive people, when someone cares about me. I like when the wind blows freely, waves crash on a sandbank, the sun sets on the sea. This is all I believe in, the rest does not count.

Combining my personal beliefs with a sustainable job is easier said than done. I would like to do something that inspires people and transform the world into a better place; Today, I am falling short on these objectives but no-one is perfect.

Instead, I work in a company that provides Information Technology solutions to airlines; in my day to day working life, I speak to very different people sharing a common mission: flying aircrafts around the globe. I travel and learn a lot and one day maybe I will find a way to make good use of these experiences. Recently, I heard a quote in the movie “The Secret Life of Walter Mitty“, that seemed a nice way to reconcile my job and my quest for happiness. It says: “To see the world, things dangerous to come to, to see behind walls, draw closer, to find each other, and to feel. That is the purpose of life”. I would argue that life does not need another purpose than being lived every day at the best of our possibilities. Still, the quote sounds overall right.

So as I said, this is, among other things, a travel story.

In January 2017, my work brought me to spend two days in Ulaanbaatar to meet local airline executives. In my imaginary map of the world, before that short trip, Mongolia occupied an unreachable corner: I read many stories and had seen countless images of its open spaces, where horses roamed free and nomadic populations continued migrating on ancestral routes. The day I flew there, I remember hearing the call of the wild as the Boeing 737 approached the landing strip: I was stuck at the plane window looking at the land below. It was white, endless, breath-taking. One day I ventured out for a short walk outside with my workmates; the sun was shining in a wonderful blue sky and the temperature was -36 degrees Celsius. A memorable moment.

When three months later I was sent back to Mongolia, the call resonated again and I decided to listen. Instead of preparing the business meetings, I spent the days before my departure dreaming of a day trip into the wild: at least for a short while, I wanted to get modern life distractions out of my way.

As I started thinking of logistics, one thing appeared sure: if  I wanted to explore Mongolia outback, I needed a reliable car; I remembered the advice of a French friend, who crossed the Sahara desert many times and sailed all oceans; he owns four Toyota Land Cruiser and always told me he would trust his “Toys”, as he called them, under all circumstances. Alcohol addiction shrank his horizons that today are constrained in the slim volume of a “verre a Pastis”, but this is another story and I prefer to think of him as the brave captain he used to be. 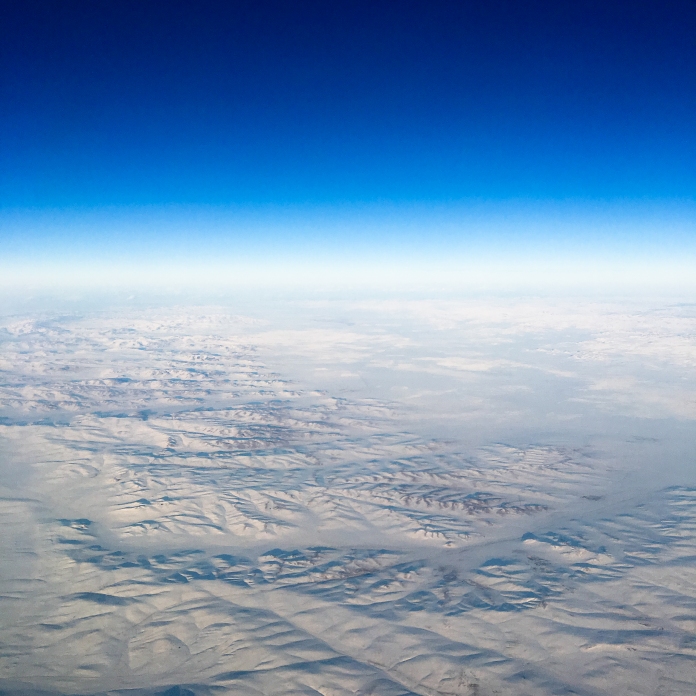 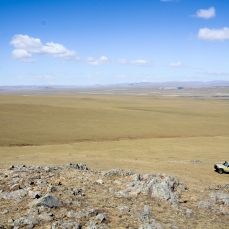 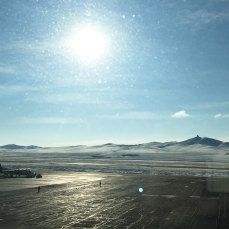 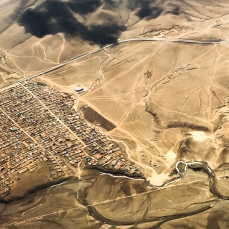 After a quick search, I got in touch with a woman named Deegi, who promised to rent me a Land Cruiser 76 in Ulaanbataar.

To pick a destination, I ruled out places recommended by all websites when searching for “day trip Ulaanbataar”. My attention was caught instead by Wikipedia very succinct description of a place named Gun-Galuut Nature Reserve:

“130 km (81 miles) southeast of Ulaanbaatar, has a great diversity of ecosystems even though it has a comparatively small area. The complex of high mountains, steppes, rivers, lakes and wetlands are kept in their original condition. Visitors to Gun-Galuut see vast steppes seeming to meet the sky, the imposing mountains of Baits and Berkh, the homeland of rare creatures, Ikh-Gun and Ayaga lakes, a paradise of birds, Kherlen, the longest river of Mongolia and the Tsengiin Burd wetland, where water and wetland birds lay their eggs.”

The call of the wild resonated more distinctly; when Google Maps failed to locate it, I knew that was the place I had been looking for.

A Toyota Land Cruiser 76 waiting for me in Ulaanbataar, I was headed to Gun-Galuut Nature Reserve. The dice were ready to roll.

In episode two, we will finally arrive in Ulaanbataar, meet a mysterious man and embark on an adventurous trip to the outback.

these are her stories

a collection of poetry, photography, writing, and art

The Art and Craft of Blogging

Free up your thoughts

we wa we wo

we wAnder we wOnder

A daily selection of the best content published on WordPress, collected for you by humans who love to read.

The latest news on WordPress.com and the WordPress community.